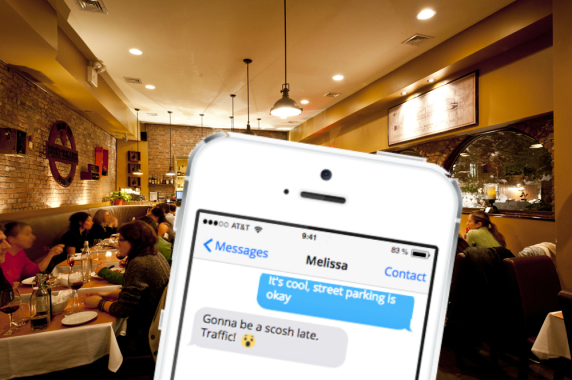 LOS ANGELES, CA – In a turn of events yesterday evening, Melissa finally showed up at 7:24 with breathless reports of “traffic, like, everywhere.”

“I think the rest of us saw the traffic coming, given that it was dinner and dinner typically happens right at the end of rush hour,” explained one witness, a friend of Melissa’s who arrived at 7:02. “But yeah, I suppose you could say that some people wouldn’t see this coming.”

Experts say that, despite consistent data about traffic existing in Los Angeles, it still manages to catch many of us by surprise. Work, meals with friends, movies, meetings, the end of happy hour – all of these are riddled with anecdotal reports of late attendees feeling “surprised,” “befuddled,” “brain-wrinkled,” or “just a human, like the rest of you, doing the best that I can.”

Though those experts’ best advice is to remember that traffic exists, one also admits “this is never going to change anyway — so it might make your life easier if you forget, instead.”