If anything makes a funny moment better, it’s describing the punch line slowly and extensively. Here are your dad’s top moments in comedy this year – much more of a competition since that Kutcher kid ruined Two And A Half Men.

Jimmy Fallon Lip Sync Battles – “Oh, have you seen those? They’re great. They’re not actually singing, but they dance and pretend to sing. Your mother loves them – they look like they’re really singing! I tell her they’re not, but she says they look like they are. That Jimmy Kimmel is so talented, but the guests win every time. The best was with the– that guy in Anchorman, who isn’t Will Ferrell — he’s singing “Don’t Stop Me Now,” and turns his head to different cameras on each word. Great physicality. Hilarious.” 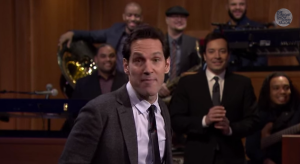 Grandmas Getting High – “These three women are clearly stoned. And one of them, who’s a more serious woman, she’s a little loopy and she says — I don’t remember exactly what she says, but she loves to do her chores. Ironing shirts or something. Now those are some very funny women.” 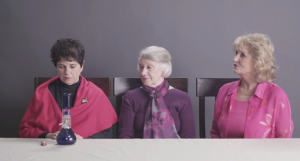 President Obama on Between Two Ferns – “The president was on a terrible online show! Just horrible. And he fought with the host. I think it was a joke, but it clearly got away from them. Washington can’t get anything right.” 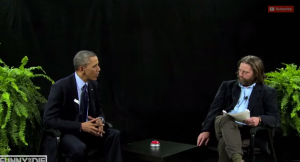 Our “Best Of Will Ferrell” SNL DVD – “You know, we watch this every Christmas, and it doesn’t get old. We just watched the one where he’s Alex Trebek, and Sean Connery is on Jeopardy and hates him. They were doing Final Jeopardy, and we couldn’t tell what Sean Connery wrote, but when the second part of what he wrote appears, it says something rude. I don’t remember what.” 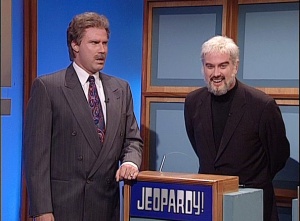