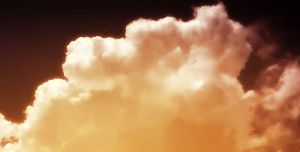 Saturday morning Mary Perry,  a 23 year old grad student, woke up to a horrifying realization about the best day of her life. The day started out like any other – in an extremely familiar yet hard to place coffee shop.”I was in line to order at the register,” described Perry, “when I noticed that the guy taking my order looked exactly like a younger, taller, handsomer Tom Cruise.”According to Perry some flirty banter ensued, during which the young man revealed himself to be “Tom Cruise’s 25 year-old, look-alike son that no one has heard of” before taking off his employee uniform baseball cap, jumping over the counter, and inviting Perry to join him outside. “He was so agile, just like his dad in all the action movies. Or on Oprah.”

Tom Cruise Dream Son never gave Perry his name, but thanks to the whirlwind romance that ensued, Perry barely had time to notice. “It was perfect. TOO perfect,” said Perry, head in her hands.

Perry reported that after exiting the coffee shop, Tom Cruise Dream Son was “totally into her.” He laughed at all her jokes, loved kids and marriage,  and even refused advances from hot girls that Perry went to high school with when the aforementioned ladies suddenly appeared out of nowhere.  “He was also a skilled dancer and not a scientologist!” said Perry, nearly beside herself.

Perry’s best day of her life was in fact just a vivid montage conjured up by her brain while she slept.

When Perry isn’t getting her 16 hours of shut-eye (a new habit since the incident), she’s focusing on the road to recovery. “I’m reminded every day that no such son of Tom Cruise exists in waking life. He has a son but he’s like, what, 18? His name’s Connor. It’s on IMDB. I might meet him.”

Fortunately, Perry is still hopeful for the future. “I’m certainly not the first person this has happened to. You just have to pick yourself back up and remind yourself it’s just a dream, you’ll make out with someone else eventually, you’ll feel alive again someday! At least that’s what my friends keep telling me,” she says. “I’ve come to believe we all have our own Tom Cruise Dream Son out there somewhere. We’ve just got to.”