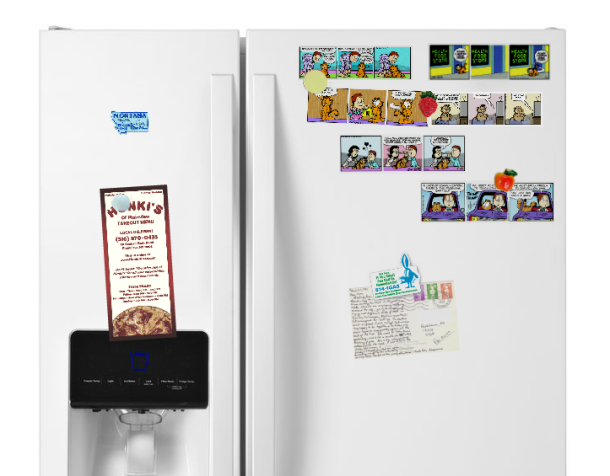 ARCADIA, CA – Despite her best efforts from birth until age 27, local woman Andy Dawes has been unable to win her father’s approval to the same degree as Jim Davis c. 2002-2007.

“When I grew up, it was mainly Garfield strips from the mid-80s that he’d put up there. Also some Hagar the Horrible, a Calvin and Hobbes,” Dawes explains. “I thought when they got older, I’d finally have a chance.”

As Dawes knows all too well, the quality of Garfield only skyrocketed by the time her father had to take the 80s-era gems down to preserve the aging paper. Her attempts to outshine the strips only warranted space in the dreaded “counter pile.”

“I started sending out Christmas cards with my boyfriend this past year. I found it on the kitchen counter,” Dawes says, tears forming in her eyes. “Just disgusting.”

The final straw for Dawes may be when she sends her engagement announcements out this summer. “I don’t know if my relationship with my father can survive coming in second to Jim Davis one more time.”

Andy’s father, Martin Dawes, is unaware of the competition he fostered between Andy and Jim Davis. When pressed for answers about his decision, Mr. Dawes replied: “Garfield hates health food. Jon is bad at dating. When Odie is annoying, Garfield hits him,” proudly pointing to the corresponding strips on his fridge. “What’s sad to me is that Andy doesn’t love him like I do.”